For years I have admired the costuming in the Glenn Close "Sarah; Plain and Tall" series. And now that I have a son I have especially drooled over the little boy "Caleb's" style. There was just something about the big "Blousy" Overalls that cried to be re-created.

So I took to the internet.

Sadly, the amount of boys patterns, especially ones from the period, are extremely limited.

This meant that I had to step out of my comfort zone into the world of drafting...

I found THIS pattern in my stash, that I had used for E-bug a couple times, took some measurements, and set to work. 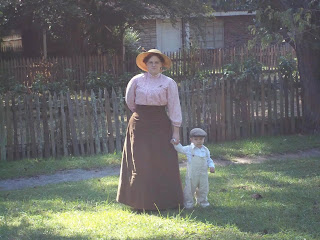 I used a beige linen blend that I had in stash, originally for a set of 1920's beach pajama pants that never got made,  and some white cotton as a lining.

I fully lined them for two reasons, we had had a bit of cool weather, so I was worried about warmth, and this linen was a tad rough, so I figured the cotton would be softer on toddler skin. (It ended up being rather opposite weather... but E-bug seemed to stay quite cool in these anyways) 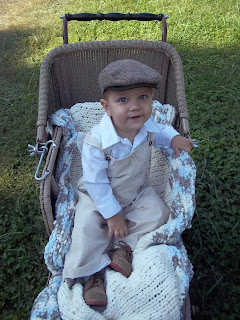 Sadly I don't have any progress photos... But I ended up making them way too big, they looked like he could have fit several clowns and a set of bowling pins in them... 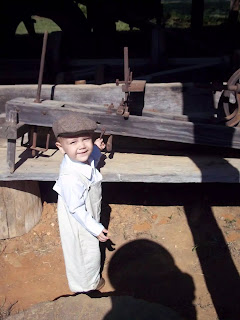 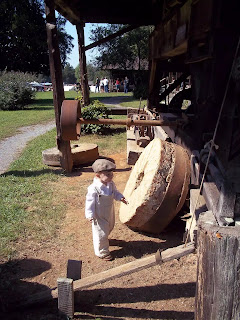 Back upstairs I went and brought them in on the back and the sides. And there we had it! 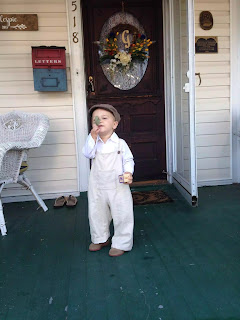 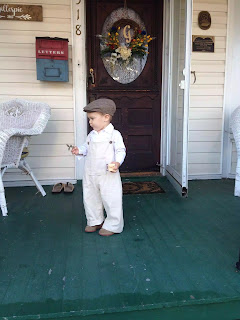 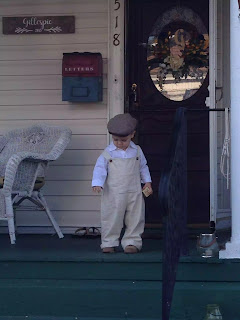 Overalls to match Caleb's... at least in style, and room to grow as there are at least two inches of strap left to move the buttons and a good inch and a half of hem to let down.

We wore them to an antiques sale at a local history Museum and all our outfits were very well received! (Especially Edmund and his wicker pram, which he absolutely loves!) 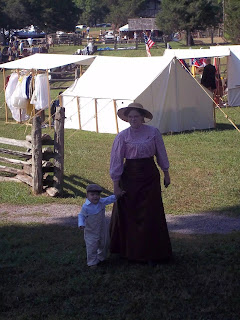 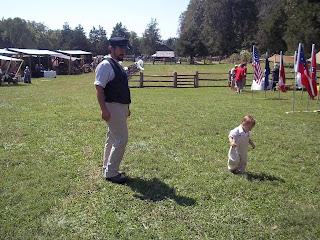 Do pleas comment and let me know what you think!