Most of what I learned during this week in Portland, Indiana, was not about antique equipment. No, it was about crazy Northern Weather...

We woke up the first morning to temps in the low 60's. So Wool skirt and sweater were in order, but by the time we were through with breakfast and ready to troll the shops, it was quickly escalating toward the 80's.

Then that night it was back in the 50's.

In essence that meant lots of wardrobe changes and very little time for pictures. So here are the few that were taken of my vintage attire. 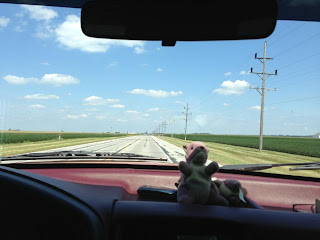 Our vista as we drove in to Portland. Sum it up in one word, flat! It was gorgeous though, all those corn fields! 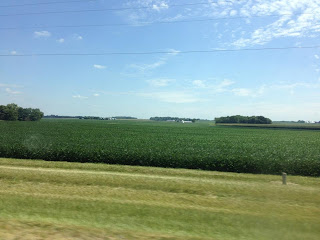 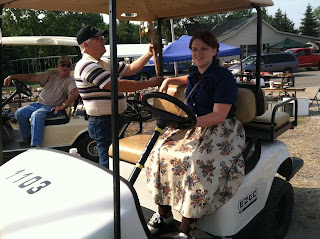 My station most of the time was right here! Ok so I stole a moment in the driver's seat, I was usually on the back... facing backwards... 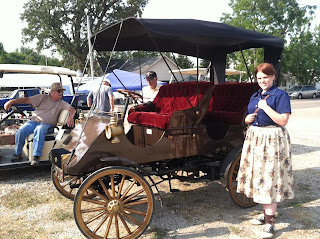 A man had built this from scratch! Based on a Model! How cool is that!


Now the above photos are of the aforementioned hours after breakfast... Poly shirt and wool skirt... Of course you couldn't beat the deals, I had bought the shirt the day before for $.50! (note the decimal there) 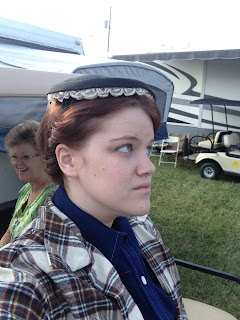 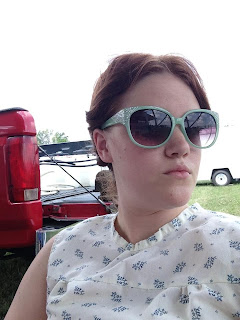 Later on that same day, trying to beat the heat. (We were told we couldn't use our air conditioners...)
Now for the best bit, I was all glammed up when we went to the Post office, so pictures were in order! 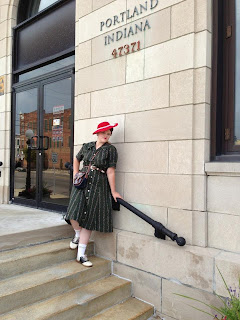 Post card shot under their name and zip code 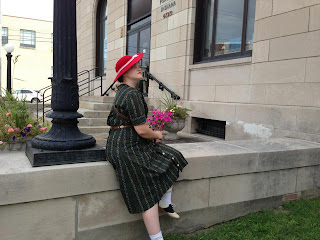 The only thing that disappointed me about this pic was the car in the background, so for Instagram I fixed it up a bit.
﻿ 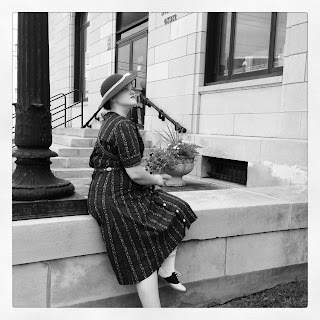 What do you think? Look real? 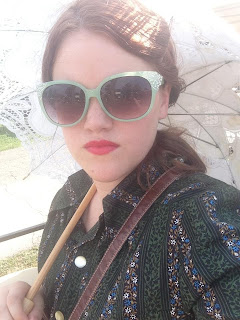 A selfie later on in the golf cart, boiling over, but it sure got lots of compliments on facebook!
Ps, anyone who wants to follow me on Instagram, my username is "MegAnne1914"