A Trip to the 14th Century

Back in august of last year, I began attending events with my local SCA (Society for Creative Anachronism)

For those of you who don't know, here's what Dictionary .com says anachronism is.

Something or someone that is not in its correct historical or chronological time, especially a thing or person that belongs to an earlier time.

So basically it's a bunch of people who feel stuck in the 21st century and prefer to live in the Middle Ages.

I've been slowly working on Garb (clothes) for the 14th century, which is the particular time period I've chosen for myself. (Think William Wallace and Robert Bruce)

One of the Lovely Ladies from the SCA helped me get started. I brought along around four yards of gorgeous red linen and she provided a pattern for a Cotehardie. I'm afraid we cut out the wrong size though, as I'm still having some fitting issues. 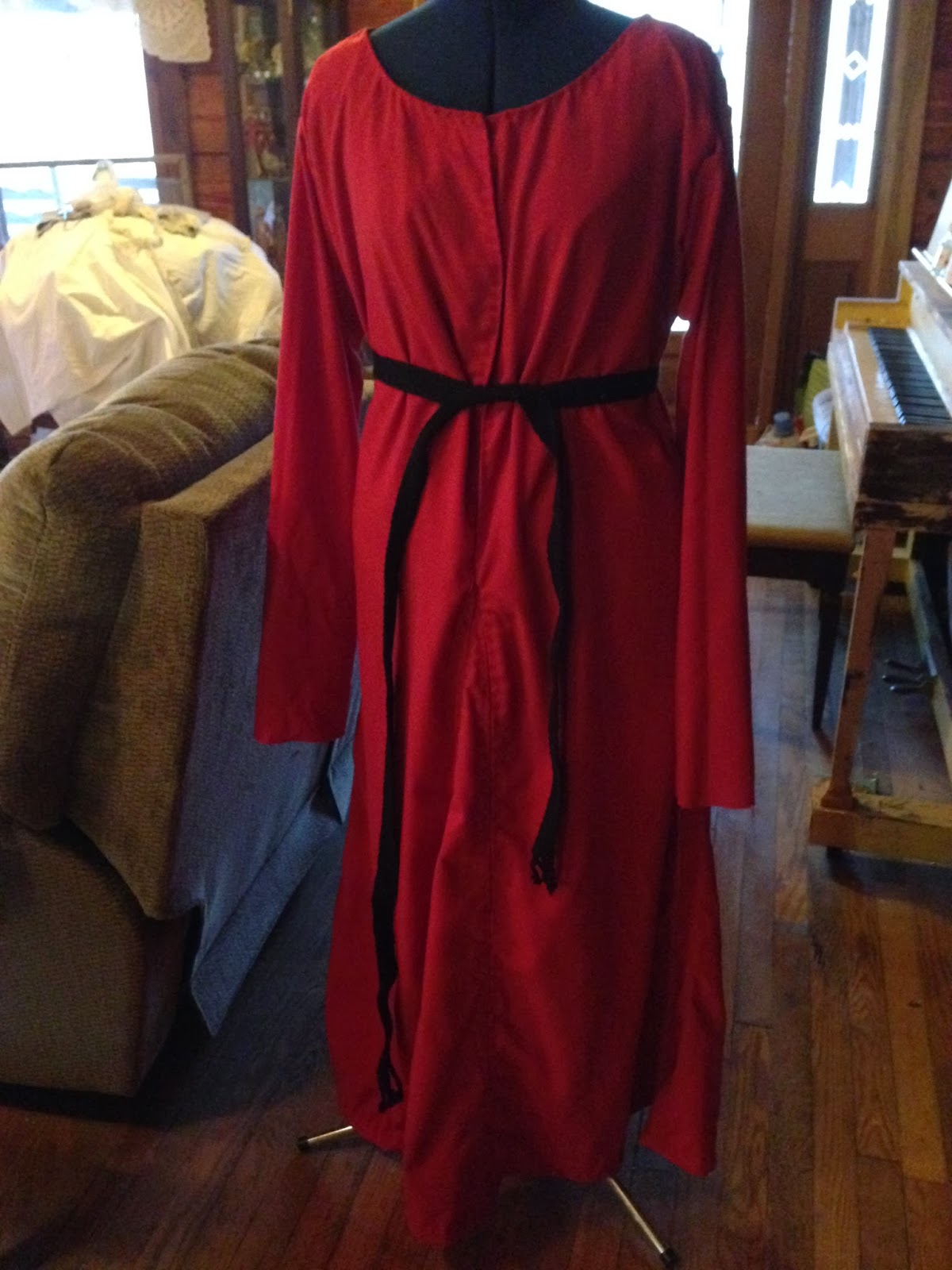 I wore that by itself for one event, but for the next one I decided it was time to kick it up a notch.
The theme for this event was "Scotland" Which is my chosen country. (How cool is that?)
I bought three yards of blue linen for a sideless surcote and drafted it from THIS pattern. (Link lead you to my pinterest feel free to follow) 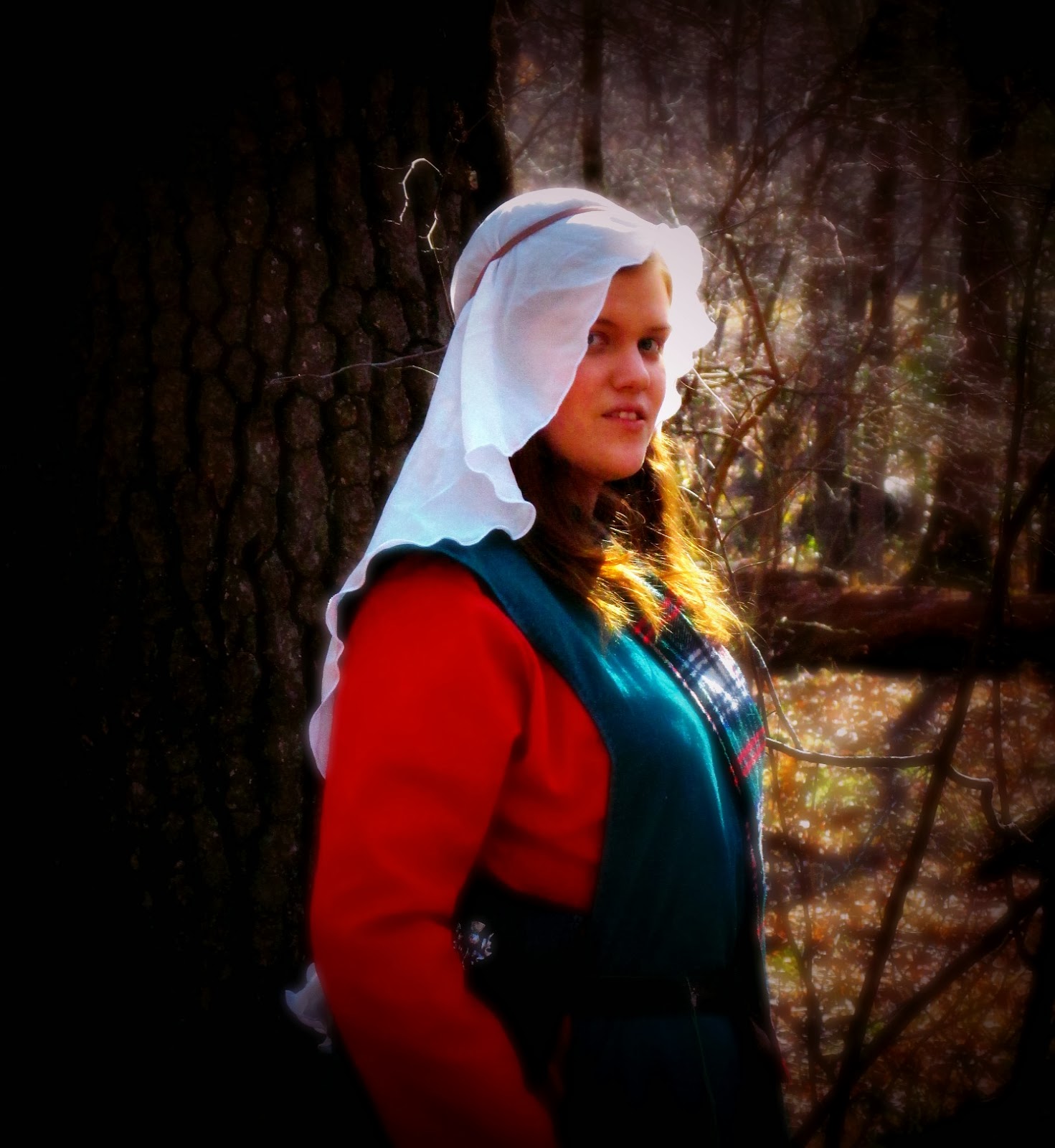 It came together like a dream! Not to mention it looks and feels perfect. 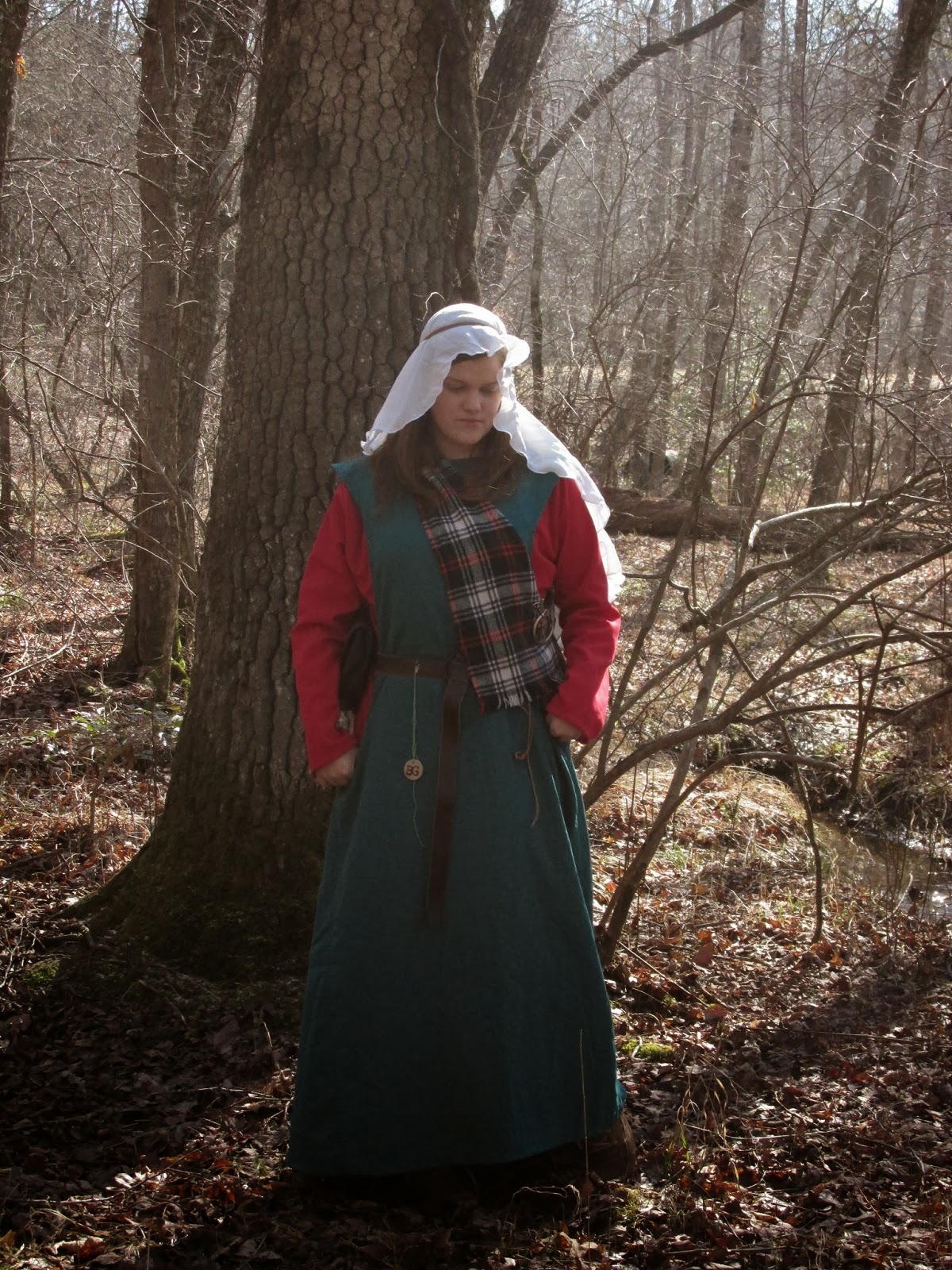 You know you've done well when you can look in the mirror and see (In my case) Maid Marian instead of yourself, which is part of what completes the feeling of being in the SCA. 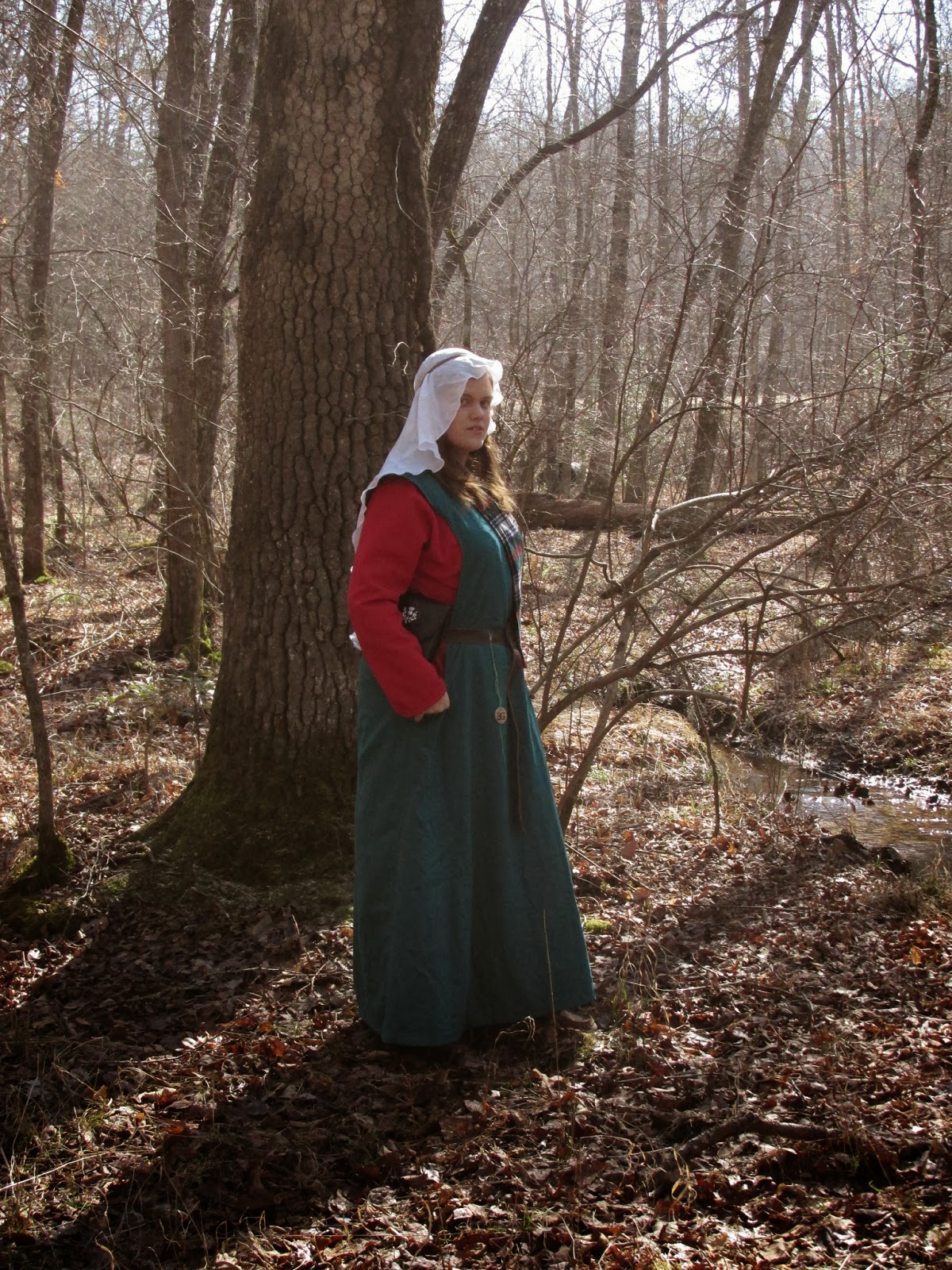 I cheated on the veil and ordered it from ebay as I was running out of time and Money. It ended up being a great deal. I ordered cotton for $10, and the lady wrote and said she was out of cotton and would I take a free upgrade to silk? Needless to say I accepted.
The sash is simply a plaid scarf I had. I wanted to order my clan Tartan for it, but when I went to order it would have taken several weeks even to ship and wouldn't have made it anywhere near in time.
The belt was homemade, but I've had it for years, from my teenage "Fantasy" days.
The Sporran (bag) I bought at the local "Scot- Irish" festival a few years ago.
I cannot begin to express the feeling I get when I'm with the Society. I always come home feeling refreshed and confident. And I never leave without learning something new.
I've never met an unkind person who greets you with anything but a smile, and I always have a fantastic time!
Posted by Unknown at 10:30 AM 2 comments:

So I had my first experience with cheesemaking tonight, and I have to tell you, it turned out GREAT!

I first got the idea of making my own cheese after watching an episode of "America's Test Kitchen" in which they simply boiled the milk and added vinegar. I had always thought it was expensive and complicated.

Well I went in search of a recipe and it turns out that yes it does take some odd ingredients to make for example a normal everyday cheddar.

But we'll go into that another time.

I did in fact find a recipe for a cheese called "Paneer" an Indian cheese which, like the above, uses heat and acid instead of aforementioned odd ingredients.

1. Put a liter of milk in a stainless steel pan. 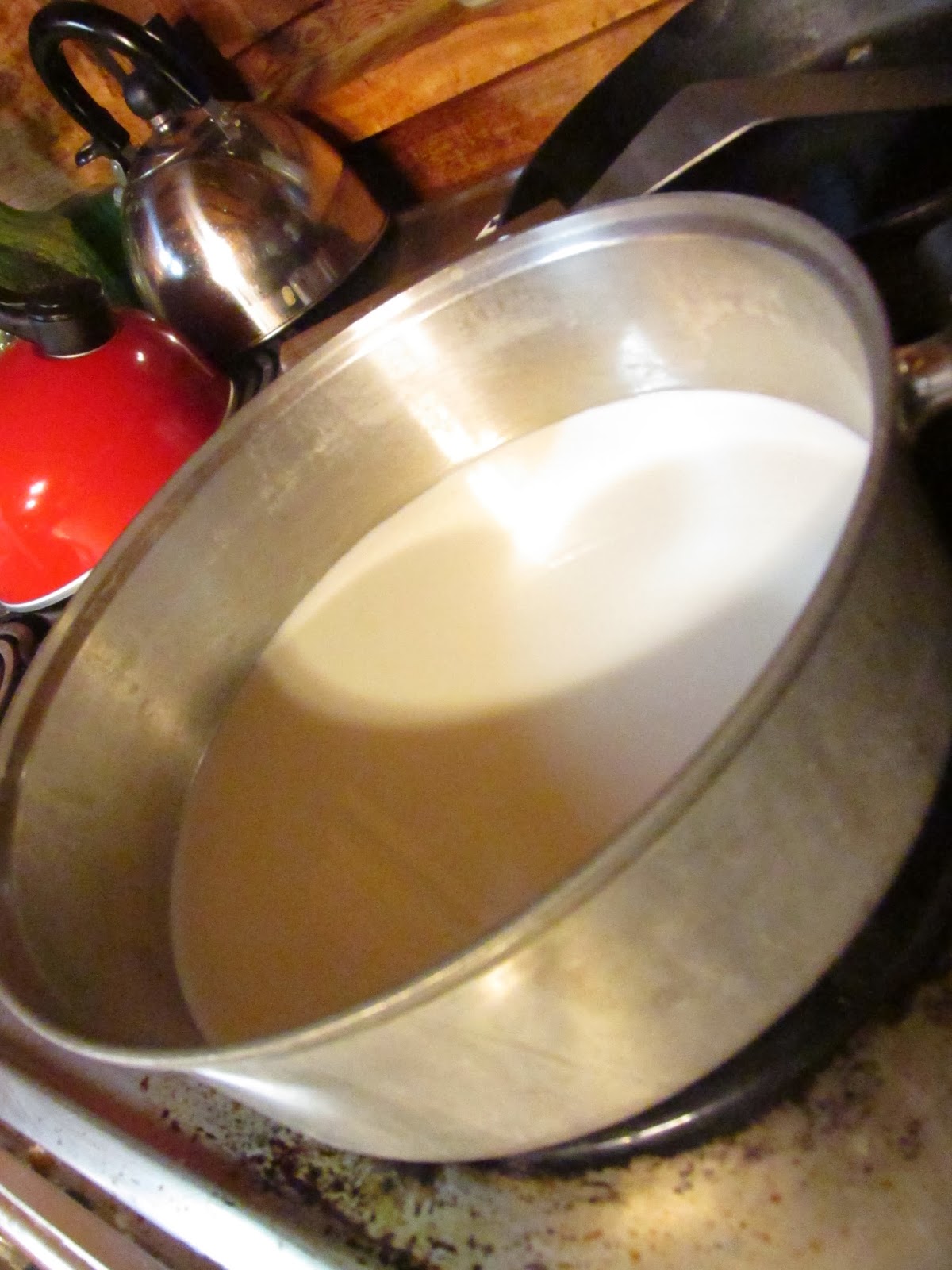 2. Bring milk to a foamy boil

3. Add either lemon juice or vinegar 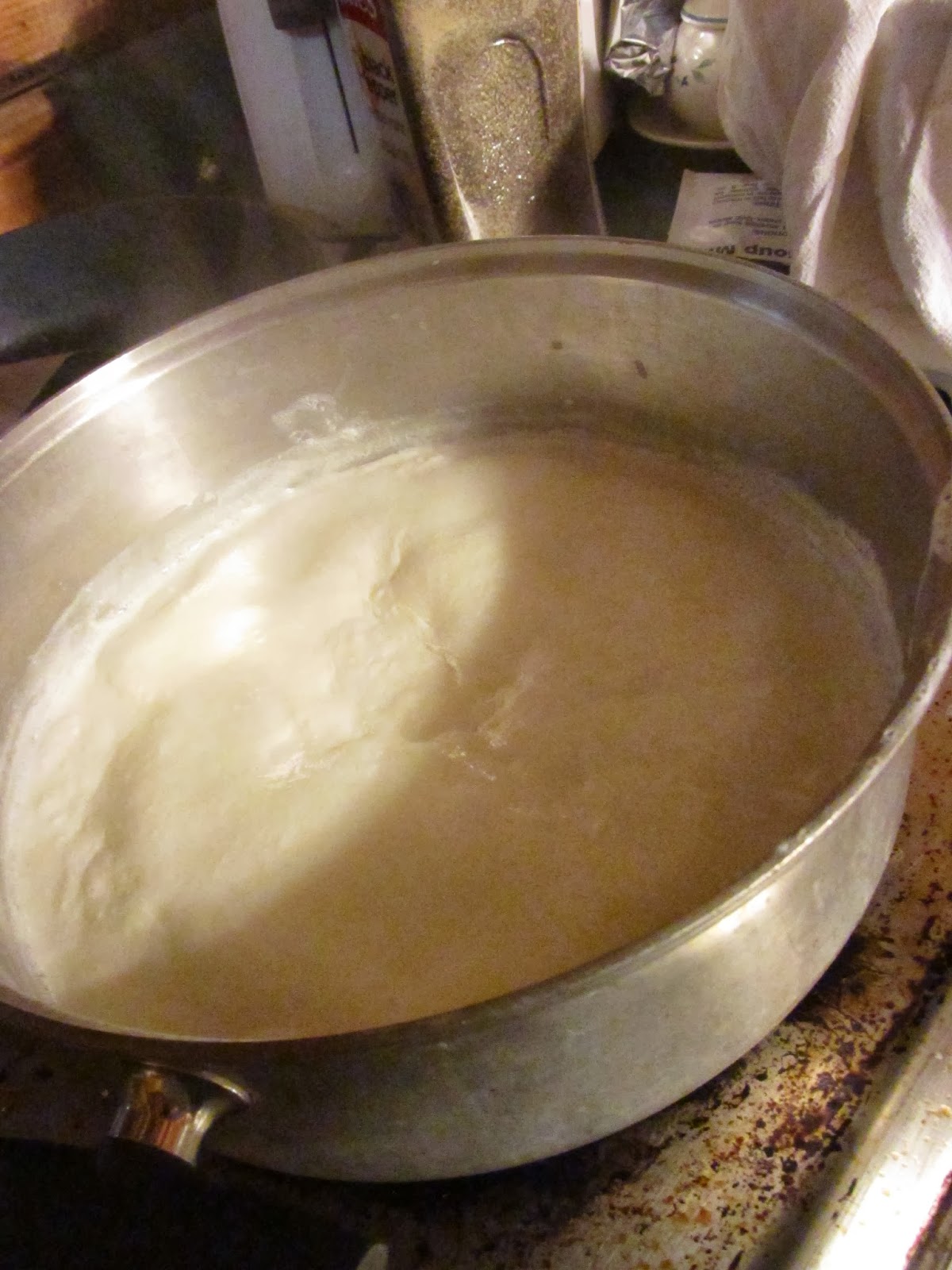 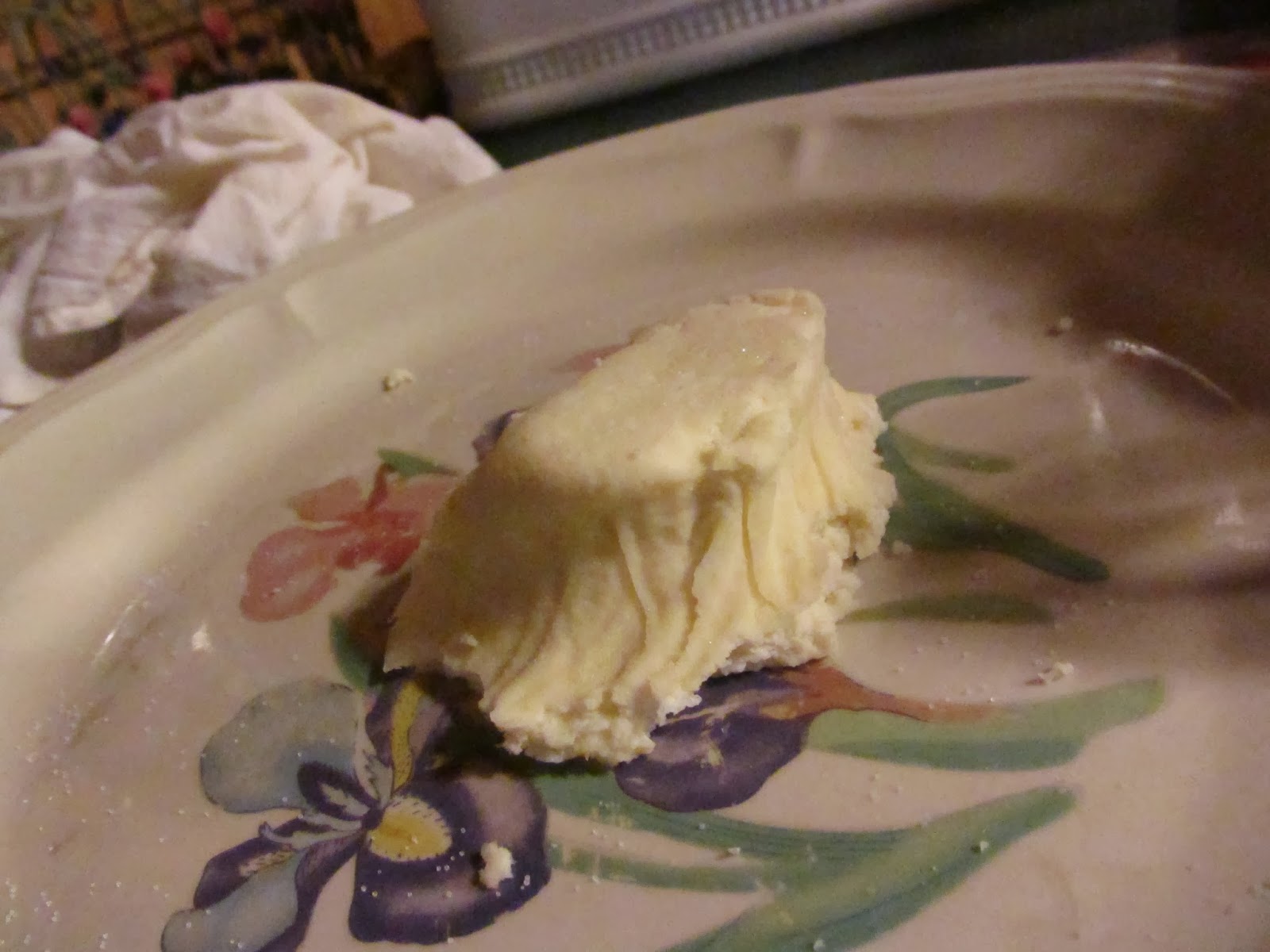 I plan on making much, much more of this!

Posted by Unknown at 2:51 PM No comments:


Well all it's official!

I have an Etsy store!!


And for the first time I can say, "New in the shop today"

All four dresses were made on my antique Mason Rotary treadle sewing machine. and are now available in my store!!