Six months of "Mommy Made" Items

So you may remember that I knitted Baby E's Coming home outfit, well, that gave me the idea to make something each month for his official monthly pictures.

Some months I succeeded more than others. lol!

For month one, I simply repeated his coming home outfit. Breastfeeding struggles and an utterly exhausted Mama lead to zero time or inclination to make anything. 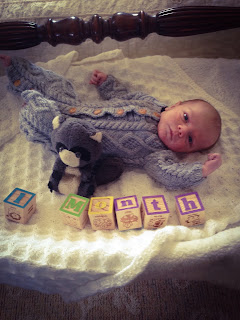 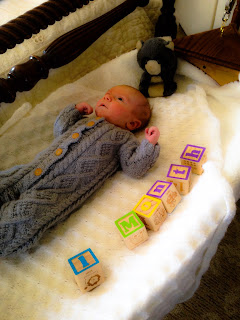 Poor baby, it wasn't long after this that we decided to make the switch to formula. I just wasn't producing enough for him! Best decision we made! But that's a story for another time.

By two months things were a bit better, but I still wasn't up to making much, So I used one of his daddy's creations! 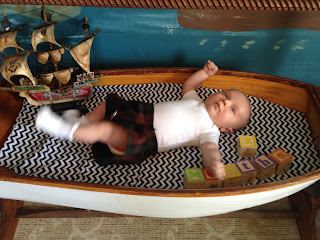 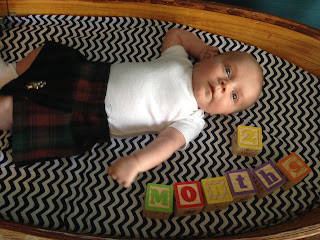 We had been planning on going to some highland games over the spring season, so his daddy made him a kilt! Wasn't it just perfect! He just looked so dapper! 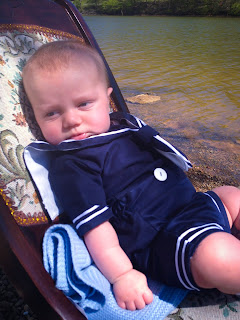 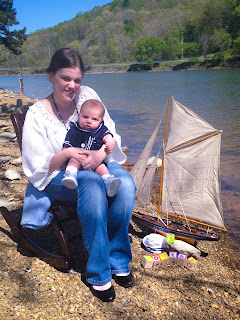 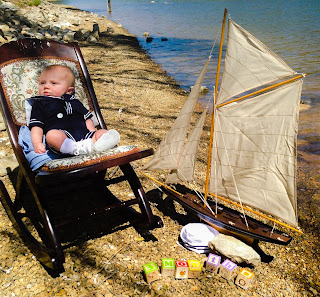 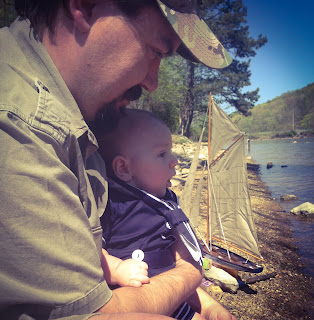 By three months, we had finally gotten ourselves into a rhythm, and mommy had her groove back!

A full on vintage sailor suit it was! I used THIS pattern from Etsy which I would highly recommend, and had it together in a couple days. Sadly, he had just woken up when we got to the park to take pictures, and was in a foul picture taking mood... lol! 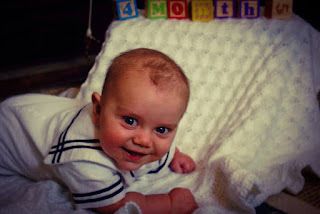 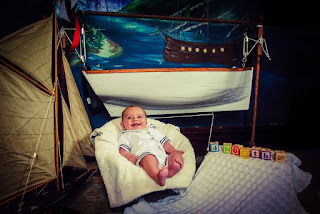 At Four months there was a bit of an "Uh OH!" I threw together an overall romper, based on a store bought one he had. It was a size six months so I estimated and sized it down.... too much. On the day of the pictures it didn't fit!!

So instead I put him in a sailor suit I bought from Dapper Lads (Not affiliated) And used his "Christening Blanket" as his "Mommy Made" Item.

This blanket (Or Shawl) Should not be attempted by the faint of heart! It took AGES to complete. I had to use four sets of double pointed needles to make the "Lace" Edging. (I think my yarn was too thick, as it didn't turn out as "Lacy" as in the original. 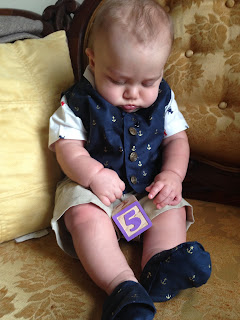 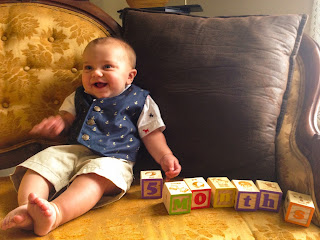 At Five Months we were back on track!


This was the month I discovered that you can find a free pattern for basically anything you want on pinterest and went absolutely crazy!!


I used THIS pattern to make his vest. I also had to size it down, as the pattern was for toddlers, but I think it turned out OK in the end.

I Used THIS pattern for his shoes, but seeing as he had just discovered his toes, they didn't stay on long!

And lastly, though you can't see it, I used THIS pattern to make a little tie to go with it. 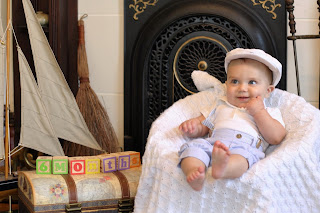 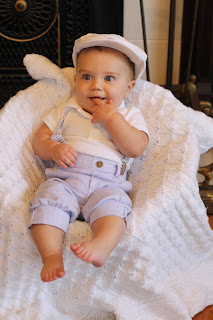 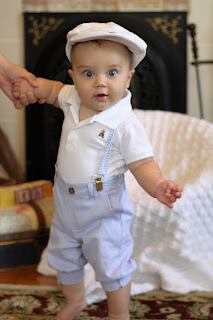 This Weekend My little baby turned SIX MONTHS! Where has the time gone?

I was once again short on time, so I did a re-fashion, instead of making something from scratch. I Bought these pants for E-bug at Easter and they were far too big, as someone had switched them on the hangar for a bigger size... But they sure fit now!

I loosely used Beauty from Ashes Plus Two's Tutorial to turn them into Knickerbockers. It was so easy that I intend to do it a lot more!

And then I just so happened to have a scrap of blue striped seersucker that I used THIS tutorial to turn into suspenders.

Well, I hope you've enjoyed this look into our Little Man's life. Hopefully I can get back to doing more blogging soon, but you know how life is with little ones. :D